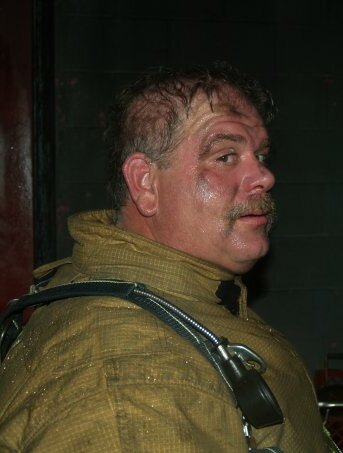 Please share a memory of Alfred to include in a keepsake book for family and friends.
View Tribute Book

Alfred Gerber III, lifetime resident of Little Ferry, passed away on Thursday, June 23, 2022 at the age of 62.

Alfred (Al) was a Senior Fire Instructor at the Bergen County Law and Public Safety Institute for over 30 years and after retirement continued training firefighters as a New Jersey State certified Fire Instructor. Teaching was his passion, and over the years he taught thousands of firefighters as well as other public safety personnel.

Al was always expanding his knowledge of fire science and emergency management, so that he could be a better first responder as well as a better teacher. He was very proud of the Bachelor's Degree he earned from Fairleigh Dickinson University, as well as becoming a Certified Public Manager.

Al’s very favorite thing to teach was flashover training, not only because of the very important safety lesson, but also because it was so darned dramatic.  In 2014 he traveled all the way to Israel to teach a flashover course to Israeli firefighters.

Al was an Active Life member of the Little Ferry Fire Department in his 45th year of service in Little Ferry Hook and Ladder Co. 1. He was Fire Chief in 1997 and 2015 and was serving as LFFD’s Training Officer.  One of his proudest accomplishments was successfully spearheading the town’s Junior Firefighter program. Al was a member of the Bergen County Fire Chiefs’ Association and NJ State Fire Chiefs’ Association. A Life member in the New Jersey State Firemen’s Association and NJ & NY Volunteer Firemen’s Association.

Al was a retired member of the Little Ferry First Aid Corps and original Little Ferry Civil Defense Squad. He also served prior as a Little Ferry Special Police officer.

Al's whole life was dedicated to helping others. In addition to his work with the Little Ferry Fire Department and at the Mahwah Academy, he was known as the kind of guy everyone could depend on. If you were a family member or a friend of Al's, there seemed to be nothing he wouldn't do to help out. Whether you needed help on a construction project, or you needed his expertise in fire safety or safety in general, or you needed advice, or you just needed someone to talk to, Al was there. All you had to do was call and he'd say, "I'll be right there".

And, of course, he always brought with him his trademarked sense of humor and ability to spot the absurd in a situation that made everyone laugh. His sense of humor extended to an ability to laugh at himself and enjoy pranks.

It seems everyone has an "Al story" to tell, whether it was a situation where he helped someone, or an important piece of fire safety he impressed on someone, or one of the many funny situations he was part of.

It may be hard to believe, but Al did have time to engage in some hobbies and interests outside of fire science. He was known for his leatherwork, which he had been doing since his teen years. He and Ronnie spent many days scouting estate sales, auctions, flea markets and antiques stores. Al loved to repair and restore the antique and vintage "goodies" Ronnie and he found (at the best price, of course!). He had a special talent for repairing vintage jewelry and the finished product always looked gorgeous.

Al also loved to travel with Ronnie and they explored many of our nation's National Parks over the years. They loved to photograph nature scenes and photos from their many trips look like something you'd see on a postcard. Who knew bison could be so photogenic?

Finally, one of Al's greatest loves was his dogs. Beginning with two black Labs named Ubu and Bucky, and more recently with two yellow Labs named Baxter and Bailey, he loved those dogs and they loved him right back. It didn't hurt that he always had a free hand with the dog cookies!

Loving brother of George and wife Kathleen, James and wife Lisa, Eric and wife Susan, Robert and wife Cheryl, John and wife Colleen, and David and wife Tammy. Cherished uncle of many nieces and nephews. Beloved brother-in-law to the Houston siblings and Gerber wives.

Visitation will be held at Vorhees Ingwersen Funeral Home 59 Main Street, Ridgefield Park on Tuesday, June 28th from 3PM to 8PM with a funeral service at 7:30PM. Cremation is private.

Share Your Memory of
Alfred
Upload Your Memory View All Memories
Be the first to upload a memory!
Share A Memory
Plant a Tree