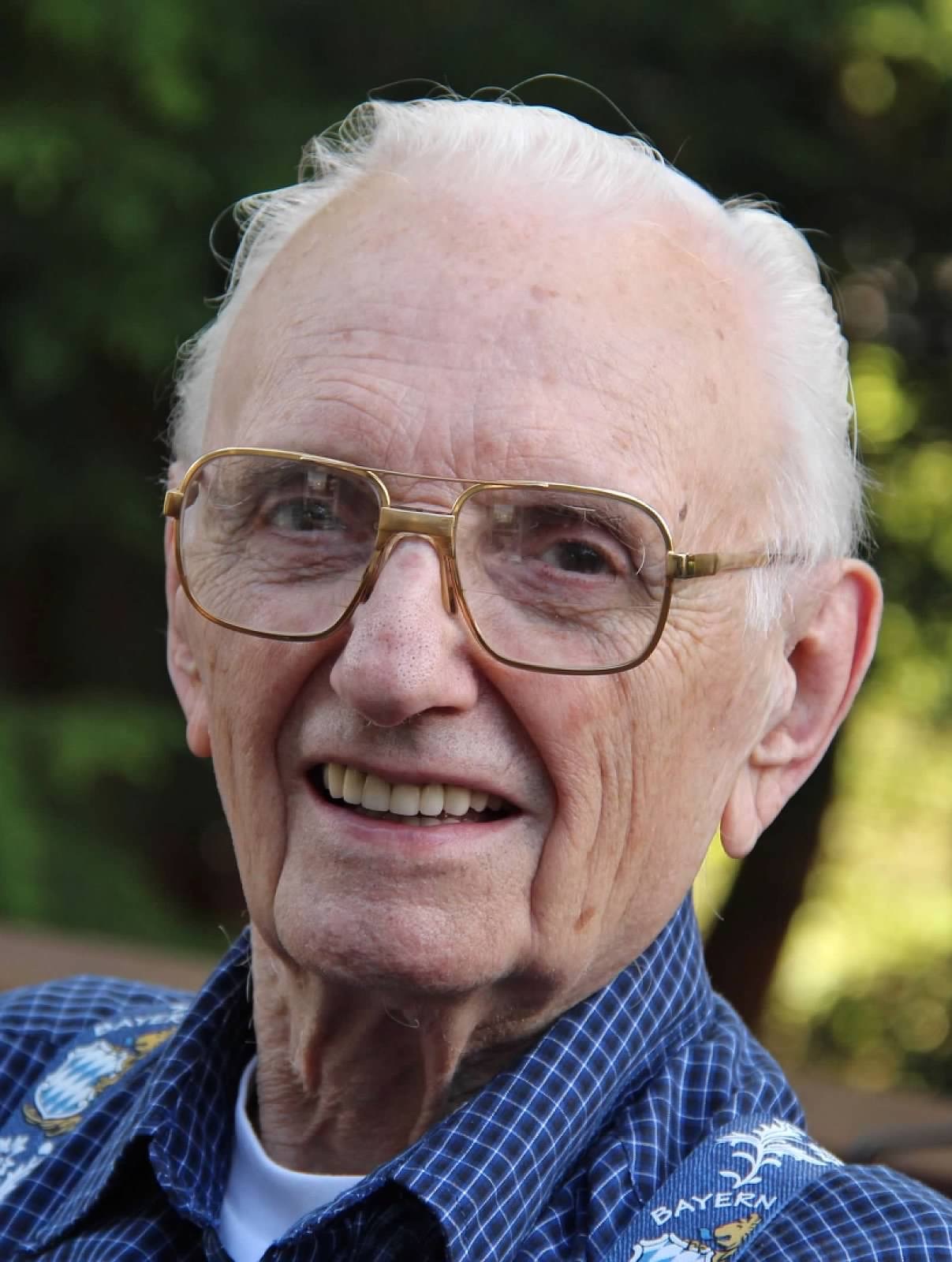 Please share a memory of Wilbert to include in a keepsake book for family and friends.
View Tribute Book

Wilbert J. Heinrich, longtime resident of Ridgefield Park, passed away on Wednesday, April 20, 2022 at the age of 95 years. Veteran of the United States Navy during World War II and was honorably discharged with the rank of seaman second class. Wilbert worked as a director of manufacturing for over 55 years at Keuffel and Esser in Hoboken before retiring. He attended Steven’s Institute of Technology part-time at night after the war. Former member of the Neighborhood Reformed Church in Ridgefield Park serving on consistory and enjoyed singing in church choir. Former member of the Ridgefield Park Planning Board. His hobbies included gardening and repairing clocks, taking much joy in cuckoo clock restorations. Beloved husband of Lois (nee Henderson) and the late Dolores (nee Hauck) (1989). Loving father of John Heinrich and his wife Val, Robert Heinrich and his wife Nancy, Carol Heinrich and her partner Andy McFarlane, and Eric Heinrich and his wife Laurie. Cherished grandfather of eleven grandchildren. Devoted great grandfather of twenty-one great grandchildren. Dearest brother of the late Richard Heinrich. The funeral from Vorhees Ingwersen Funeral Home on Thursday, April 28, 2022 at 10:30AM. The funeral service will be held 11AM at the Second Reformed Church 436 Union Street, Hackensack. Interment will follow at Hackensack Cemetery in Hackensack. Visitation will be held on Wednesday from 4PM to 8PM. In lieu of flowers, donations in Wilbert’s memory may be made to the Holy Name Foundation 718 Teaneck Road, Teaneck, NJ 07666.

Share Your Memory of
Wilbert
Upload Your Memory View All Memories
Be the first to upload a memory!
Share A Memory
Plant a Tree