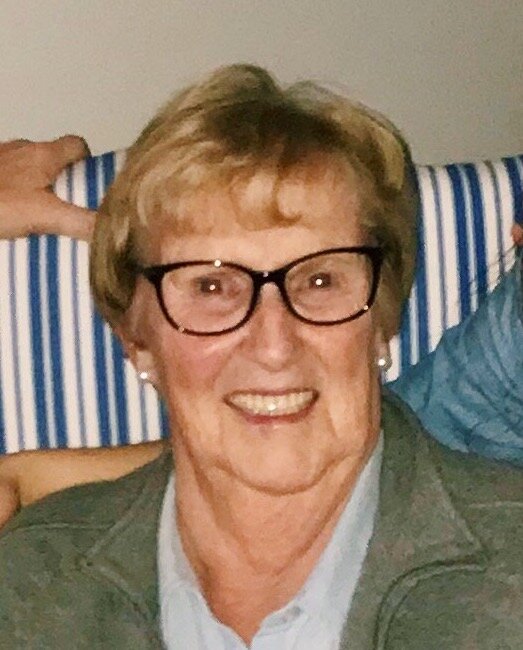 Please share a memory of Eileen to include in a keepsake book for family and friends.
View Tribute Book
Eileen G. Gillen, 83, passed away on Thursday, February 17, 2022. Born to Bernard Pontius Sr. and Marguerite Pontius (nee Phalen).  Eileen was born and raised in Jersey City, New Jersey and was a longtime resident of Ridgefield Park, New Jersey. Throughout her 40 year tenure at Deloitte in Lower Manhattan she was a mentor to many and a friend to all.  She serviced many clients from the Report Department as a supervisor and later became the manager of Hoteling.  Eileen survived both the 1993 and 2001 terrorist attacks on the World Trade Center.  In 1993 she bravely walked down 99 flights of stairs to safety and in 2001 fled lower Manhattan via the Staten Island ferry.
Beloved wife of the late Walter Gillen. Devoted mother of Eileen DeMaria and her husband Joseph, Diane Davidson and her husband Harry, nephew/son Michael Pontius and his wife Dana, and niece/daughter Judy Coppola. Proud grandmother to Margaret DeMaria Ratliff and husband Kristopher, Katherine DeMaria Leischner and husband Timothy, Jane, Laura, Steven, Matthew, Michael, Christian, Victoria, and Isabella. Loving great grandmother to Eleanor and Joseph.  Survived by dearest brother Bernard Pontius Jr. and sister Theresa Talbot.
Funeral will be held at Vorhees Ingwersen Funeral Home on Friday, February 25th at 9:00AM.  The funeral mass will be offered 9:30am at St. Francis R.C. Church. Entombment will follow at Madonna Cemetery and Mausoleum in Fort Lee. Visitation will be held on Thursday from 4PM to 8PM.
Thursday
24
February

Share Your Memory of
Eileen
Upload Your Memory View All Memories
Be the first to upload a memory!
Share A Memory
Plant a Tree