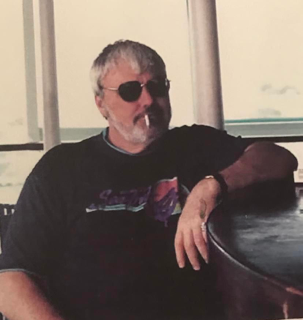 Please share a memory of Thomas to include in a keepsake book for family and friends.
View Tribute Book

Thomas E. Cunningham, 79, a lifelong resident of Ridgefield Park, passed away on Wednesday, December 29, 2021.  Son of late Frank and Anne Cunningham.  Survived by his brother, Tim, ex-wife Virginia and his daughters Stacey Gibbons (Tom) and Leigh Heuer (late Brian). Beloved Pop of Ryan, Jack, Sean, Luke and Mackenzie. Tom was an Army Ranger and proud US Veteran of the Vietnam War.   He was a union mason, working alongside his father and brother for many years.  After retiring, he was a friendly crossing guard in his hometown of Ridgefield Park.  Tom was a passionate supporter of having a good time, whether it was fishing down the Jersey shore, enjoying a cold Heineken at the local bar with family and friends, traveling to Atlantic City and Costa Rica, and rooting for the NY Giants. Services will be private.  A celebration of Tom’s illustrious life will be held at a later date.

Share Your Memory of
Thomas
Upload Your Memory View All Memories
Be the first to upload a memory!
Share A Memory
Plant a Tree