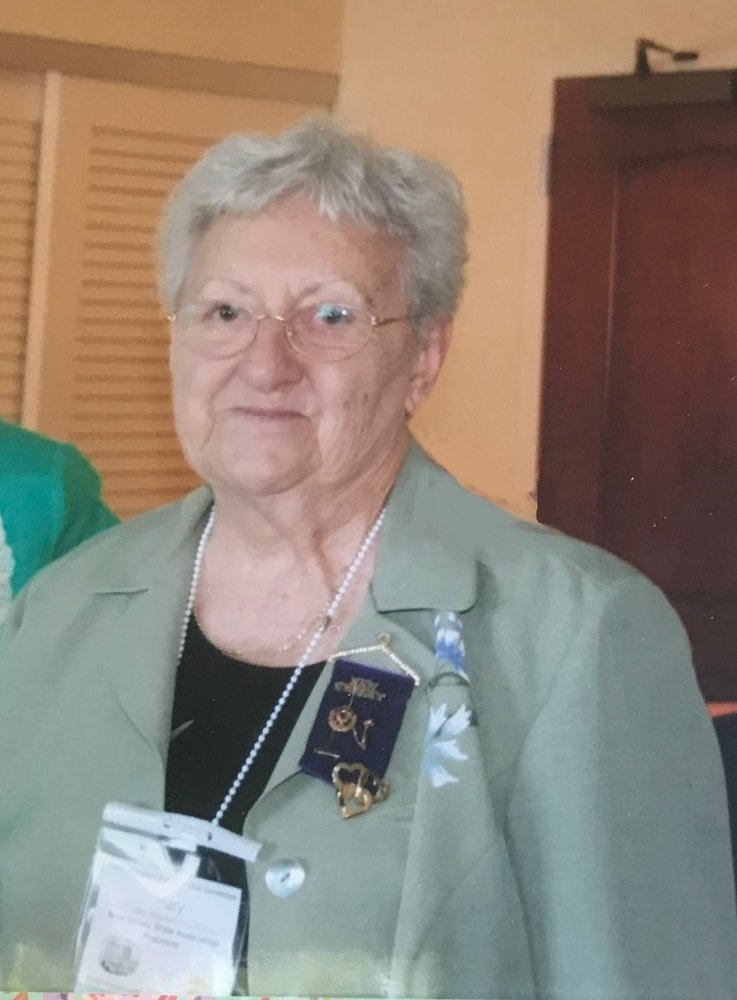 Mary Anna Cable (nee Kooman), of Hackensack, passed away on Sunday, July 12, 2020 at the age of 92 years. Very active member of the Elk Lodge. You could always find her in the kitchen cooking and running the fish fry. Member of the Elks 101 club. President and State President New Jersey Emblem Club. She was the mother to the Elks club members and raised money for Elk Camp Moore. Mary was also well known as the coupon queen. Beloved wife of the late Emil Cable who passed away in 1982. Loving aunt of Kathleen Kalish and her husband Stanley, Michael Kooman, Lori Ann Hipple and her husband Paul, and Scott Kooman and his wife Lisa.  Adoring aunt of six great nieces and great nephews and two great-great nieces and great-great nephews. Dearest cousin of Robert Kazimir, Roberta Benson, and Joan Kazimir. The funeral from Vorhees Ingwersen Funeral Home on Saturday, July 18th at 11AM. Interment following at St. Joseph Cemetery, Hackensack. Visitation will be held on Friday from 4 to 8PM. In lieu of flowers, donations in Mary’s memory may be made to Elks Club Camp Moore.

Share Your Memory of
Mary
Upload Your Memory View All Memories
Be the first to upload a memory!
Share A Memory
Plant a Tree