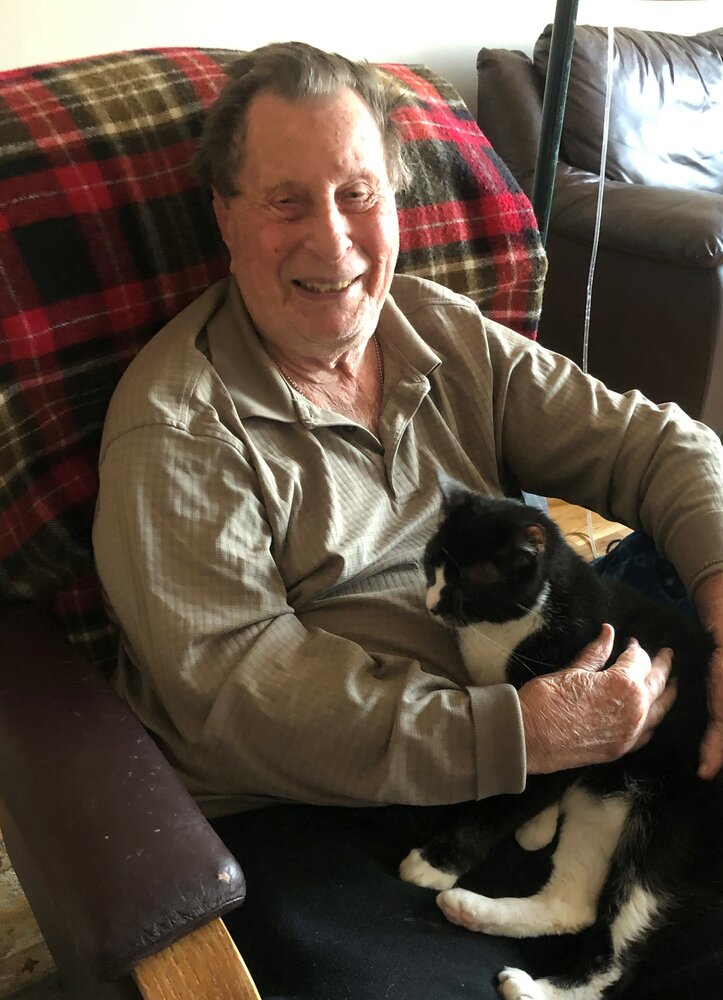 Please share a memory of Robert to include in a keepsake book for family and friends.
View Tribute Book

Durand, Robert Michael formerly of Ormond Beach, FL and Ridgefield Park age 97 passed away on Friday January 20, 2023.  Robert was born in New York and enlisted in the Marine Corps at age 17. He served in the Pacific in WWII from 1943 to 1946, including as part of the occupation forces in Japan. A graduate of Fairleigh Dickinson University, he retired as an accountant, his last position being with Weight Watchers. Robert was a member of the  Teaneck Moose Lodge, American Legion, a parishioner of St. Francis RC Church, Ridgefield Park and an avid racketball player.  His passion was playing bridge; he was a member of the Daytona Bridge Club, earning a Master Level Designation.  Devoted father to Brian, Robert and his wife Karen, Dennis and his late wife Barbara, Gerald, Sheila De Cicco and her husband Steven and Eileen Durand-Sutera and her husband Anthony.  Loving grandfather to Kathleen, Thomas, Evan, Jennifer, Connor, Kelly and Eamonn, and great grandfather to Jackson, Jace, Laurance and Jameson.  Dear brother to the late Pauline Kilgallen and Louise Durand.  The funeral service will be held at Vorhees Ingwersen Funeral Home on Monday, January 23rd at 10AM.  Interment to follow at George Washington Memorial Park, Paramus.  Visitation Sunday 2PM-6PM.