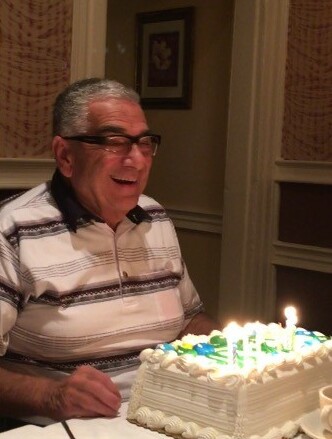 John J. Driscoll Sr., longtime resident of Little Ferry passed away with family by his side on Saturday, September 10, 2022 at the age of 85 years. John was born in New York and moved to New Jersey where he lived in Fairview and North Bergen before moving to Little Ferry in 1968. Prior to retiring John worked at AIWA America in Moonachie as a Warehouse Distribution Manager. Fourth Degree member of the Knights of Columbus Trinity Council. Past President of the Little Ferry Board of Education. Parishioner of St. Margaret R.C. Church in Little Ferry. John was a devoted Yankee Stadium usher for over 30 years. Beloved husband of Marie Vietri Driscoll and the late Carol Ann (Godsil) Driscoll who passed away in 1973. Loving father of John J. Driscoll Jr., Christine Driscoll Casey and her husband James Casey, and William Driscoll and his wife Patrice Wexler Driscoll. Cherished grandfather of Sydney Driscoll, Alec Driscoll, Joseph Driscoll, Victoria Casey, Conor Casey, Aidan Casey, Colleen Driscoll, and Brendan Driscoll. Brother of Maureen Driscoll Long and Carol McCue. The funeral from Vorhees Ingwersen Funeral Home on Wednesday at 9:30AM. The funeral mass will be offered 10AM at St. Margaret of Cortona R.C. Church in Little Ferry. Entombment will follow at George Washington Memorial Park in Paramus. Visitation will be held on Tuesday from 6PM to 9PM. In lieu of flowers, donations in John’s memory may be made to Autism Cares Foundation P.O. Box 180, Richboro, PA 18954 and American Cancer Society P.O. Box 6704, Hagerstown, MD 21741.