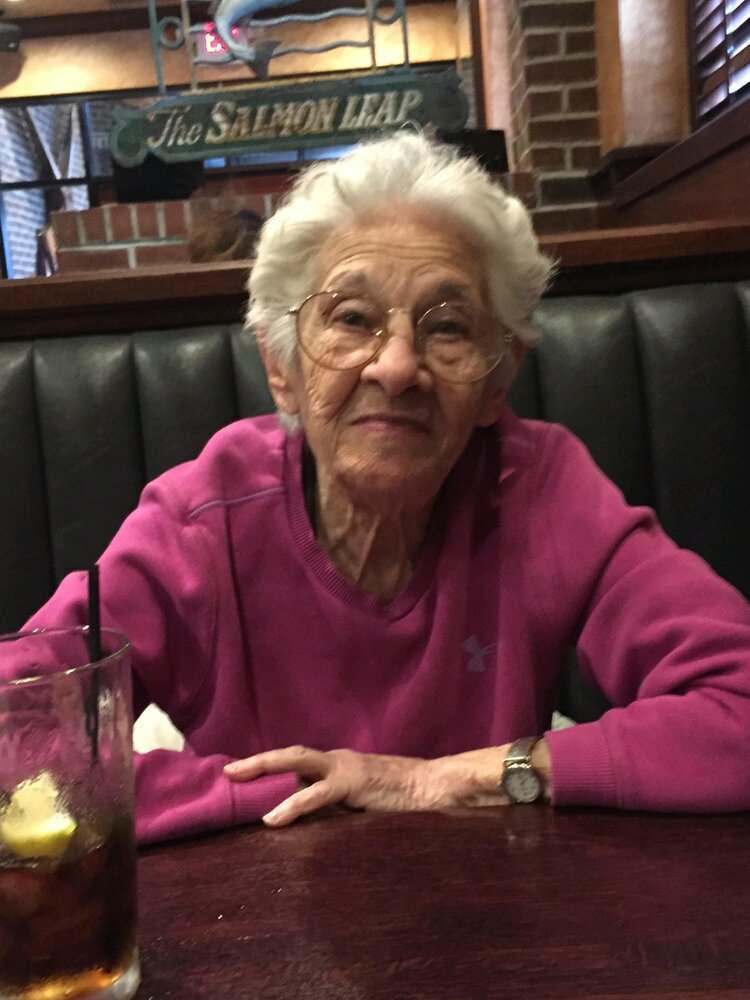 Please share a memory of Rosanna to include in a keepsake book for family and friends.
View Tribute Book

De Lorenzo, Rosanna, age 92, a lifelong resident of Ridgefield Park, passed away on Friday, December 31, 2021.  She was a member of a knitting club known as the knit wits and a member of the mother’s guild at St. Francis RC Church in Ridgefield Park.  Beloved wife to the late Francis.  Devoted mother to Robert and his wife Maryanne, Lucia De Lorenzo Brock and her husband John, Francis and his wife Terri and Christine Michaelson and her husband Christopher.  Loving grandmother to Robert, Jason, Kristin, Sarah, Renee, Brian and great grandmother to Hector, Olivia, Simon, Gregory and Catherine.  The funeral service will be conducted at Vorhees Ingwersen Funeral Home on Wednesday at 12noon.  Interment Maple Grove Park Cemetery, Hackensack.  Visitation Wednesday 9 – 12noon.  If desired donations may be made to:  St. Jude Children's Hospital 501 St. Jude Pl. Memphis, TN 38105-9959 in her memory.

Share Your Memory of
Rosanna
Upload Your Memory View All Memories
Be the first to upload a memory!
Share A Memory
Plant a Tree