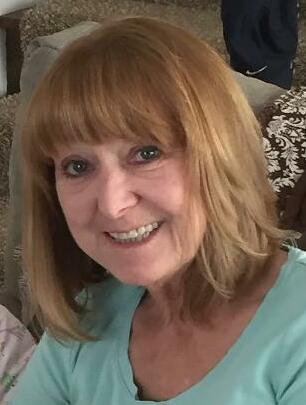 Please share a memory of Heide to include in a keepsake book for family and friends.
View Tribute Book

On Friday, December 10, 2021, Heide Mary (nee Barden) Moskovciak passed away at the age of 61 after a short struggle with cancer.

Heide was born on March 10, 1960 in Jersey City. She was the fifth of nine children and she never tired of reminiscing about her loving, crowded, and occasionally rambunctious upbringing in Little Ferry, NJ with her parents, brothers, and sisters. After graduating from Ridgefield Park High School, Heide had a brief career as a court reporter until she married Alan Moskovciak on June 11, 1983, of whom she was a devoted wife for 38 years. She then quickly embraced the role of homemaker by giving birth to their children, Matthew and Tori, and providing the family with a loving sense of home in each of the houses they lived in throughout New York, New Jersey, and Florida. She was overjoyed to become “Meema” to her grandchildren Rosalie and Ryan and cherished every moment she spent with them.

Heide was a woman of unrivaled charm and fun. There was never a party, dinner, or family get-together that was not enlivened by her presence. She was the first to break out the games and the last one to turn in at night, and her infectious spirit and laugh will not be forgotten by those who loved her. She avidly traveled the country with her husband Alan, pursuing their shared love of live music and nightlife, with Heide making easy friends of strangers wherever she went. In her quieter moments, she enjoyed a lifelong love of bird watching, a strong cup of Red Rose tea, and the New York Yankees.

Above all, Heide was the heart of her large and loving family, connecting generations that spanned the country and nurturing beloved family traditions. Her talent for bringing family together, through her fantastic home-cooked meals and generosity of spirit, will be deeply missed by all.

Heide was preceded in death by her mother Margaret, father Eugene, and brother Gene. She is survived by her husband Alan, two children Matthew and Tori, grandchildren Rosalie and Ryan, daughter-in-law Katie, son-in-law Lucas, brothers Leon, Michael, and Joseph, sisters Margaret, Adrianne, Genevieve, and Rachael, and many cousins, nieces, and nephews.

Services will be held Monday December 20th from 4-8pm at Vorhees-Ingwersen Funeral Home in Ridgefield Park. Mass will be at St. Margaret’s of Cortona in Little Ferry on December 21st at 10am; a short service will be held at the funeral home immediately preceding the mass.

Share Your Memory of
Heide
Upload Your Memory View All Memories
Be the first to upload a memory!
Share A Memory
Plant a Tree