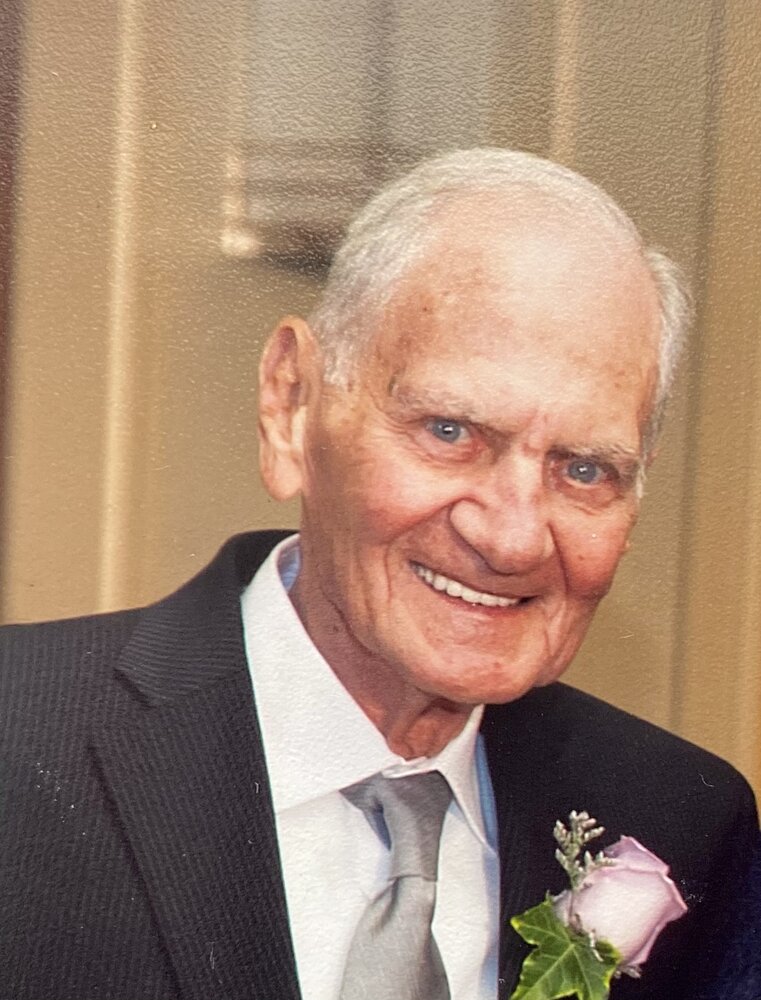 Please share a memory of Richard to include in a keepsake book for family and friends.
View Tribute Book

Richard H. Orth of Ridgefield Park, NJ died peacefully on September 22, 2021 just 3 days shy of his 90th birthday. Richard was born in Weehawken, NJ and grew up in North Bergen.  He proudly served his country  in the US Air Force stationed in Guam during the Korean War. When he returned from his service, he met and married his wife Audrey and they settled in Ridgefield Park, NJ.  He worked full time at the Weehawken Dye Company to support his family while he attended Seton Hall University where he earned his bachelor of science degree in Accounting in 1962.  He worked as the controller for General Rubber in South Hackensack, NJ for over 20 years.  After the closing of the plant, Rich continued to work as an accountant until his retirement in 2009. He was a long time member of the Nick Lucci Athletic Club where he served as President.  He was  a member of the BPO Elks lodge # 1506 in Ridgefield Park, NJ serving as treasurer from 1978 to 1987; he was honored as Elk of the Year from 1989-1991 as well as Elk of the Decade in March of 1987.  He was also a member of the VFW Post 274.

Rich was an avid NY Yankee and Giants fan and a staunch supporter of the Democratic Party, all of which he followed with equal parts excitement and aggravation. In the 1970s and 1980s he enjoyed playing darts as a member of the NY Knickerbocker dart league. He was a child of The Great Depression and as such wasted nothing; he would utilize broken items for spare parts in new and sometimes interesting ways. He took pride in his home and could often be found fixing, painting, repairing or taking care of the lawn, often in his signature shirt and tie.

Richard will join his parents Lydia (nee Wende) and Henry, as well as his brother Bobby and sister Patsy who have predeceased him. Devoted husband to his wife of 65 years Patricia “Audrey” Orth.  Beloved father and grandfather of Richard and his wife Margie (Zachary & Rebecca), Linda and her late husband Peter Bovee (Jessica, Peter, Elizabeth), William and his wife Michelle (Meagan, Patrick, Liam & Emily), Dennis and his wife Lisa (Jennifer, Danny) and Derek and his wife Jeanine (Kaelin, Kelsey).  Adoring great grandfather to Jimmy Tangney, Pete and Aaron Bovee.

Visitation will be on Sunday September 26th, from 2PM to 6PM at Vorhees Ingwersen Funeral Home. The funeral service will be held on Monday at 11AM with interment following at George Washington Memorial Park in Paramus. In lieu of flowers, donations in Richard’s memory may be made to Hospice Care at Villa Marie Claire (Holy Name Medical Center Foundation) 718 Teaneck Road, Teaneck, NJ 07666 and Alzheimer’s New Jersey 425 Eagle Rock Avenue, #203, Roseland, NJ 07068.

The family wishes to extend their gratitude to the nurses and doctors at Villa Marie Claire who cared so lovingly for Richard in his final hours.

Share Your Memory of
Richard
Upload Your Memory View All Memories
Be the first to upload a memory!
Share A Memory
Plant a Tree