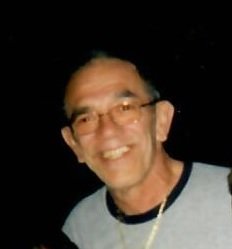 Please share a memory of Michael to include in a keepsake book for family and friends.
View Tribute Book

Lupo, Michael W., formerly of Ridgefield Park and Teaneck, passed away on Monday, December 14, 2020 at the age of 80 years. Retired custodian for the Village of Ridgefield Park Board of Education. Member of the Elks Lodge. Beloved son of the late Carolina (nee Martinetti) and Anthony Lupo. Devoted husband of the late Mary Ann (nee Kistner) who passed away in 2006. Loving father of Michael and his wife Cheryl and Steven and his wife Lora. Cherished grandfather of Steven, Amelia, Nicholas, Gianna, and Anthony. Dearest brother of the late Philomena, Ralph, Angie, Martin, and Anthony. Survived by many nieces and nephews. Interment 12PM on Friday, December 18th at St. Mary’s Cemetery, Saddle Brook. Visitation is private. A memorial service will be held at a later date. Donations in Michael’s memory may be made to the American Cancer Society, PO BOX 22718, Oklahoma City, OK 73123-1718.

Share Your Memory of
Michael
Upload Your Memory View All Memories
Be the first to upload a memory!
Share A Memory
Plant a Tree