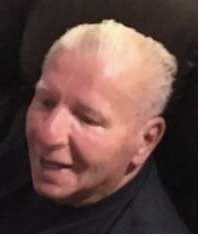 Robert E. Kensek, 79, of Hackensack, was called home on Monday, July 1, 2019. Born September 25, 1939 in Crucible, PA to Blanche and John Kensek. Survived by brothers John, Edward and Paul (Florence). Children Patrick (Lisa) and Tina (Jerry) Coombs. Grandchildren Greg, Dylan, Danielle, Patrick and Elizabeth. Great grandchildren Kylie, Aspen and Alana. Predeceased by sister Theresa, his son Robert and grandson Brian. Bob is also survived by many nieces and nephews. Bob was a United States Marine, a member of Masons and Bricklayers Local 3 for more than 50 years, and a member of the Knights of Columbus # 2229 Ridgefield Park. He was owner of RE Kensek and Son's until his retirement in 2004. Bob then moved to Lake Ariel, PA and spent his winters in Mount Dora and Spanish Lakes, FL. He loved listening to Polka music and gardening. Bob will be missed by his family and the many friends he made along his life journey, but we know he is very happy being reunited in Heaven with his son Bobby after all these years. Visitation will be on Wednesday from 4 to 8 PM with the Funeral Service at 7:30 PM. In lieu of flowers, donations in Bob's memory may be made to Bobbylee@allschoolsspecialneeds.org 108 Christie Street, Ridgefield Park, NJ 07660.

Share Your Memory of
Robert
Upload Your Memory View All Memories
Be the first to upload a memory!