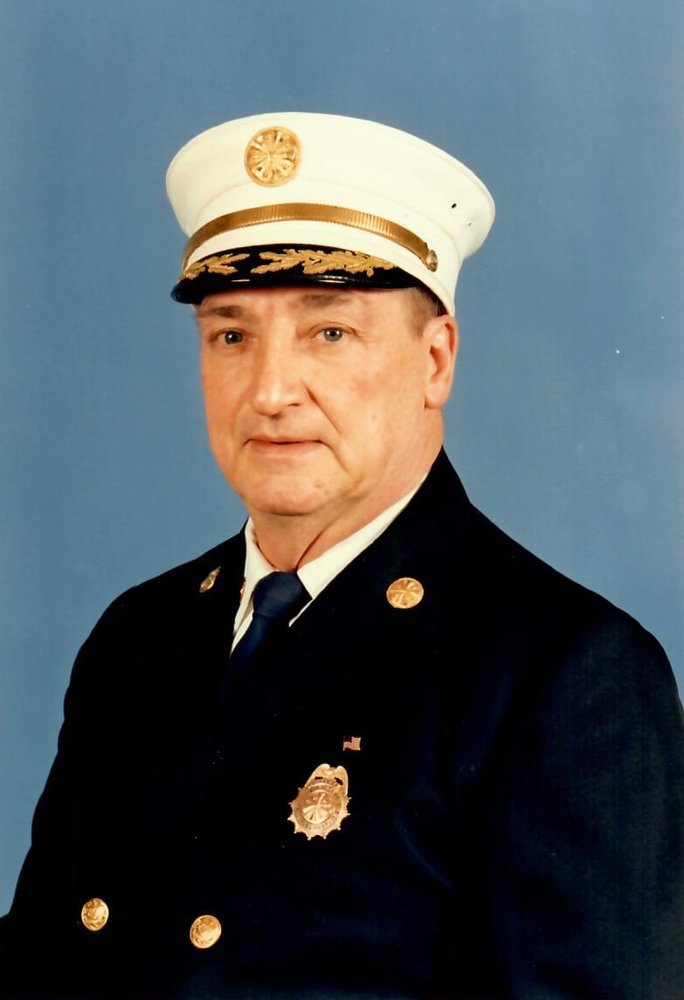 James F. Wilson Sr., passed away peacefully on Tuesday, July 2, 2019 at the age of 92 years. Born May 25, 1927 in West New York, NJ, he was the last survivor of 13 children. Jim was pre-deceased by his wife, Lucille Auriemma and son James Jr. He is survived by son Michael and his wife Kerri, son Thomas, daughter Lauryn Gilbride and her husband Patrick, daughter-in-law Carol Wilson, 7 grandchildren and 4 great-grandchildren. Moving to Ridgefield Park, NJ in 1957, he proudly served in the volunteer fire department since 1960, achieving the rank of Chief. He was lovingly known as “The Senator” to his many friends. He retired in 1990 from Crown Cork & Seal and remained active in the fire department until his move to the New Jersey Firemen’s Home in Boonton, NJ in 2015. Jim was also proud to serve his country in the Navy during WWII in the Pacific Field of combat. He is remembered for his loving care of his wife, his loyal service to his town and country, and his determined spirit. The Funeral Service will be on Tuesday, July 9th at 11:30 AM at Vorhees Ingwersen Funeral Home with interment to follow at George Washington Memorial Park in Paramus. Visitation on Monday from 2 to 4 and 7 to 9 PM with a Firemen's Funeral Service at 8 PM. In lieu of flowers, donations may be made in his memory to the Ridgefield Park, NJ Volunteer Fire Department: Ridgefield Park Volunteer Fire Department 50 Main Street, Ridgefield Park, NJ 07660.

Share Your Memory of
James
Upload Your Memory View All Memories
Be the first to upload a memory!