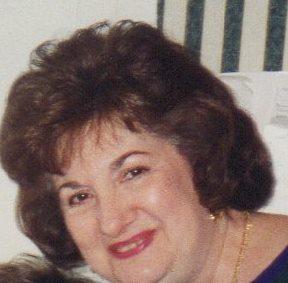 Please share a memory of Evelyn to include in a keepsake book for family and friends.
View Tribute Book
Paradise, Evelyn age 77, entered into Eternal Life October 2, 2016. Evelyn was born on August 17, 1939, in New York City. Soon after, the family moved to Pittsburgh, California where she lived with her parents, Elizabeth and Philip Anagnostu, and her sister, Sylvia. Evelyn graduated from high school in 1957; after high school graduation, Evelyn, her parents and sister returned to the east coast where they settled in New Jersey. She was a long time resident of Ridgefield Park, and formerly of Fairview and Palisades Park. Evelyn began her work career at McGraw-Hill in NYC. During her life she was employed at Coppercraft Guild where she was a District Manager and for the 10 years prior to retirement, Evelyn worked at Rudi's Pottery in Paramus, NJ. Evelyn married Mike (Emmanuel) Evelyn married Mike (Emmanuel) on October 30, 1966, in the Greek Orthodox Church. They devoted their lives to each other, their two children Virginia (Ginny) and John, and their family and friends. Evelyn loved being with her family and friends. She was a warm and kind person, always trying to look at the best side of everyone, with not a harsh word for anyone. Evelyn was well loved by her family and friends and will be missed more than words can express. Evelyn is survived by her devoted spouse Emmanuel (Mike) Paradise. Loving mother to Virginia (Ginny) Paradise-Zitani and her husband, Chris Zitani and John Paradise. Also survived by her nephew Larry Pecone and her niece Laura Pecone. Evelyn was predeceased by her sister Sylvia Pecone. Funeral Service will be conducted Thursday at Ascension Greek Orthodox Church, 101 Anderson Avenue, Fairview, NJ 07022 at 11:00 in the morning. Interment Fairview Cemetery, Fairview. Visitation at Voorhees-Ingwersen Funeral Home, Wednesday 4-8 p.m.